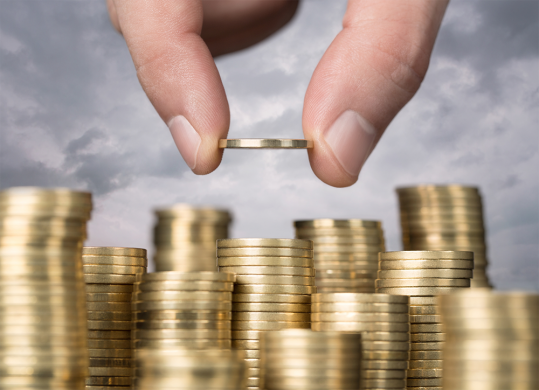 Ah, sweet May. I love it. The birds are chirping and the flowers are blooming. Once the weather begins to get warmer, you see people start thinking about summer and, of course, they want to lose weight to look good in their bathing suits.

Why do so many wait until it gets warmer until they start thinking ahead?

I’d like to help you make some shifts in your thinking today. I’ve been reading up, recently, about Warren Buffett (the richest man in the world, at occasional times, depending on market fluctuations) — and what it took for him to create the kind of financial empire he now enjoys.

His company, Berkshire Hathaway, just had their annual meeting for investors — some of whom pony up the $200K+ for ONE SHARE, just to be in that room. The WSJ did a writeup of the news from that meeting here: http://on.wsj.com/26L3qZM

But I’ve gathered some broader lessons about his success, which I’d like to pass on to you today, as inspiration for what can truly be possible.

Financial well-being is earned by paying close attention to how you are thinking about that well-being, and what it takes to get there. So, if you’ll indulge me, allow me to give you a few short lessons from what I’ve learned about Mr. Buffett on how to create financial success — in any economic season.

(And don’t miss the opportunity for your friends to enjoy the peace-of-mind found from having a competent expert review their 2016 returns, at the end of my Note. They’ll thank you…)

Skylar Dubrow CPA’s Four Tips On Building Wealth
“We all have ability. The difference is how we use it.” -Charlotte Whitton

But there will be another generation of such men and women in the next few decades — and chances are, they will tread the same path as those who have come before.

So how did Warren Buffett do it? Here’s some of the basic path:

1) Start with a meat and potatoes small business — and be your own boss.
Buffett made his fortune by doing things his way, not by following the crowd. In high school, Buffett and a pal bought a pinball machine to put inside a barbershop. With the money they earned, they bought more machines until they had eight different shops running their machines. When they sold the venture, Buffett used the proceeds to buy stock and start another small business. By age 26, he’d become his own boss and amassed $174,000 — or $1.4 million in today’s money.

LESSON: Don’t fall for the temptations of a huge, immediate windfall business. Cut your teeth on the side, with something basic, reliable and small.

2) Mind the foxes who steal from the vineyard: small expenses.
In the famous book, The Millionaire Next Door, authors Stanley and Danko report that millionaires live well below their means. They budget, plan investments, and allocate their time, energy, and money into building wealth instead of displaying high social status.

Warren Buffett’s companies are known for watching out for small expenses. Exercising vigilance over every expense can make your profits and your paycheck go much further.

LESSON: The next time you spot a sale or online deal, check in with yourself to see if that $50 is better saved or invested than spent. It might seem like you’re spending a relatively small amount of money, but it all adds up.

3) Debt kills.
Warren Buffett advises his people to limit what they borrow. Living on credit cards and loans won’t make you rich. Buffett never borrowed a significant amount of money, not even for investments or mortgages.

The Millionaire Next Door reports that millionaires’ parents did not provide “economic outpatient care”, and their own adult children are economically self-sufficient as well.

LESSON: If you do give your teenager a credit card, make sure to set firm limits and specify use ahead of time. If they abuse the privilege, they lose the card. Do the same for yourself.

4) Leap forward.
Very often those who supply the affluent become wealthy themselves. In fact, one of the best ways to make money is to sell products or services to those who already have money. Many people don’t see these opportunities because they’re far too busy seeking money and security in the short term only.

Well, when Buffett began managing money in 1956 with $100,000 cobbled together from a handful of investors, he was dubbed an oddball. But he didn’t allow others’ opinions to keep him from leaping into a profitable venture. Over and above, I might add, others with greater private means.

Lastly, I will suggest this: Get professional advice on new ventures and ideas.We are here for far more than “just” tax preparation and planning. I and my team would love the opportunity to sit with you, and help you evaluate the direction of your financial life … and point you in a new direction, should it be necessary.

To more of your money staying in your wallet,

Our Guarantees and Promise to Our Clients

Preparing a correct and accurate tax return is our priority. We proudly stand behind our work and if a mistake does happen that is our fault, we will immediate correct the mistake and gladly refund your money if requested.

If any penalties or interest are incurred due to our mistake, we will do everything we can to fix the problem and cover any penalties should they arise.

We feel so confident in our processes to account for all deductions and uncover hidden deductions that we guarantee that you will pay the lowest amount of taxes legally possible. We spend a good amount of time correcting and fixing other so called tax pros mistakes and oversights.

We are so committed to giving out clients the best service. We do this by taking thte time to understand our clients situation and asking the right questions to make sure every deduction is accounted for. And remember we work for you, NOT the IRS.

Not only do we prepare an accurate tax return, we will inform you of tax saving strategies and best record keeping practices should we see fit.

Starting January 1, 2017, all our returns come with our “Silver” Stress Free Audit Insurance, FREE with paid tax preparation. Our Silver package includes our full support when handling IRS and State Notices for the 2016 tax year. If you receive a notice, send it to us and we will work with you to organize the required documentation and we will respond to the IRS on your behalf.

Our Gold Package adds our representation for an actual IRS audit for the current year. Whether it be an “audit by mail”, or an actual audit at one of the IRS locations, we will work with you to compile all the necessary documentation and represent you in front of the IRS for no additional charge. Our fees to represent our clients in an audit scenario can range from $1000- $2500 & up depending on time and complexities.

Our Gold option is an optional add on service & not included with regular tax preparation. Gold protection covers the current tax year only regardless of when you get audited.
The IRS and state authorities are behind in auditing tax returns and matching reporting documents to tax returns.They are currently working on 2012 & 2013 years.

Our Platinum level package covers you for a period of 7 years. It Is just like our Gold package, but it includes the currtent year and 6 prior years. We will provide audit coverage for prior years tax returns, even if we did not prepare them.

How is that for taking care of our clients! Once the Platinum level package is purchased, only the gold level will be required in future years as the previous years have been protected by the one time Platinum purchase.